That’s the question, but you’ll need to read the post first I think before you answer. 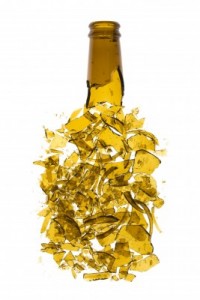 In an attempt to provide some sort of perspective on the alcohol vs. cannabis debate here I decided to give myself a challenge. It went as follows:

If alcohol is really that dangerous surely there is some sort of paper trail, as in surely the media would be all over it right? Therefore, if I assume that is true, a bit of a media investigation will give me my answer.

Thus, I challenged myself to find evidence of the harms of alcohol in the media, and the timeframe I allowed was the last three months. If it’s that bad there ought to be something in that timeframe, right?

I accepted my own challenge after slapping myself in the face with a glove, then proceeded to demand satisfaction, and began my search.

Firstly I created criteria for my search, namely:

– the search would be confined to Australia only

– I could only choose one media source

– the media source had to have national coverage

– the media source posted their own articles, so as to avoid copyright issues relating to the taking down of articles after a set amount of time, thus making any link to them useless.

(*NOTE: this may still happen over the next few months, but I’m willing to take it on the chin)

After (not) much deliberation I chose ABC News Online. National, mostly posts up their own content, and at least it’s not a commercial news ‘provider’, sort of…

Anyway, I decided to begin with an elementary search of the site, starting with the keyword ‘alcohol’, and then refining my search after that to ferret out any illusive bits of media goodness stuck in any nook or cranny.

It turns out I needn’t have planned that far ahead.

You see it turns out that my premise was entirely valid. Here is what I found, chronologically from April 3rd, 2011.

Man weeps after being charged with 92yo’s death, May 13th Drink driver crashes into nursing home

And finally a little clip  from the 7.30 Report about Northern Territory rates of alcohol use, abuse and violence.

So, I guess I can answer my own question: Yes it is morbid, very much so. Especially when you consider the amount of violence, death and negative impacts on social, mental and physical health that is portrayed there.

If you got through all of that without calling me a morbid bastard I reckon you’d probably be in the minority, and for those who did it doesn’t change the facts.

It’s time we all stared them straight in the face and then asked the question: Is cannabis as dangerous as alcohol?

I’ll delve into the realm of media again in the same way for cannabis in my next post, just to keep things even there, but I would be surprised if I came up with the same tale of woe as above.

Or am I wrong?

Please post any or all of your thoughts below, we welcome your comments, positive or negative.

Everything you ever wanted to know about foraging is here! The book that you didn’t even realise needed to be written has been written. As I say in … END_OF_DOCUMENT_TOKEN_TO_BE_REPLACED

These words came from the mouth of none other than the President of the HEMP party, Michael Balderstone, in the main street of Nimbin in front of … END_OF_DOCUMENT_TOKEN_TO_BE_REPLACED

Allow me to reintroduce the Multi Criterion Decision Analysis (MCDA) tool championed by Professor David Nutt back in 2011. Before I do though, did you … END_OF_DOCUMENT_TOKEN_TO_BE_REPLACED