In a world where alcohol is illegal, but cannabis was legal, how would things be different?

Let’s indulge our imaginations for a moment.

It’s Friday afternoon. You’ve just begun to think about what the weekend has in store for you. The week has been a busy one, and you’re looking forward to relaxing with a couple of hits from your favourite drug, alcohol. Unfortunately it isn’t legal, but fortunately your dealer always has the best gear for you when you want it. So after a quick phone call you’re reassured that your favourite spirit is available and waiting for you.

Then comes the anticipation and the inevitable phone calls and texts between you and your mates, outlining who, what, where, when and what you’ll all be using. Recollections, although vague at best, are offered up regarding previous weekends and the antics you engaged in while drunk, peppered with the latest info regarding alcohol’s prohibition, how much it sucks, how ineffective it is, and how much of a rip off buying grog from the dealer is. But who wants to make their own still and run the risk of getting your house raided? A couple of your friends, when told of your plans to get on the turps state,

“Nah, not for me aye. I’ll stick with the buds, I stress too much about the cops busting me when I drink”.

You feel like spirits and, dammit, spirits you shall have. So after a quick stop off at home for a shower, shave and change of clothes you’re on your way to the dealer, and from there into the night.

But this is where it all goes horribly wrong.

You arrive at the dealer’s house and knock on the door. His two massive Rottweilers start barking savagely as soon as they hear, but are quickly silenced by their owner.

“Yeah” you say with a laugh, “that last batch was chronic!” 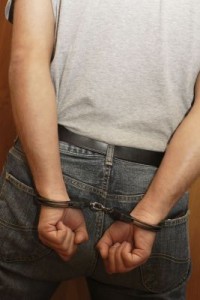 “If you liked that you should try this” he remarks as he opens up his stash drawer and pulls out some bags. “This shit will rip your head off, but you’ll go all night” he assures you as he waves a bag of reddish powder in front of you.

“Nah, I’m just gunna have a couple of mates round and then down to the local restaurant for some dinner” you state. “Can’t be running around like a chook without a head all night can I?”


“You know what makes food taste heaps better? This” he states emphatically, whilst producing another bag of drugs for your perusal.

You listen to your dealer for a bit, and eventually consider what he has said. After all if anyone knows what drugs are good for what it’s a dealer right? I mean it’s basically his job isn’t it?

Eventually you remember the last time you took his advice and walked out with powder instead of booze. Sure it was cheaper, but you felt terrible for days after.

“Too easy” he replies as he hands you a 375ml bottle of dark liquid. You hand him a $50 note and don’t expect any change. His dogs begin to bark again, and again he threatens them, but it doesn’t work. They don’t stop.

“Have a couple for me aye?” your dealer says as you head for the door to leave…

But the door is kicked down in front of you and you are staring down the barrel of an automatic assault rifle. Before you know it you are lying face down on the floor in a puddle of your own urine alongside your dealer, who’s sustained a head injury, as you hear shots fired at one of his dogs that could not be restrained. You stare at the broken bottle of bourbon on the tiles beside you and watch the dark brown liquid bleed out, filling the air with the smell of alcohol, which mixes with the cordite, blood and sweat smells, finally coalescing into an aroma that you will never forget for the rest of your life.

Weeks later you are sentenced to attend an alcohol education and rehabilitation program for addicts as opposed to a jail term, despite the fact that you are a recreational user of alcohol and regularly go weeks without drinking.

Your work and family commitments have suffered significantly as a result and many of your relationships have not been able to cope under the strain, and have been in many cases destroyed.

My goodness, that imagination was a bit out there wasn’t it? I mean we enjoy alcohol legally and have done so for longer than most can remember, and surely that scenario is a little far-fetched, isn’t it? People who use illicit drugs aren’t comparable to us ‘legal’ users, are they? Anyway it’s not really like that for all people who use cannabis is it, and even if it was those people may deserve that kind of experience for breaking the law.

Is it so far fetched? Is it so far removed from reality? Do illicit drug users deserve profoundly negative legal consequences for their personal drug use choices?

Everything you ever wanted to know about foraging is here! The book that you didn’t even realise needed to be written has been written. As I say in … END_OF_DOCUMENT_TOKEN_TO_BE_REPLACED

These words came from the mouth of none other than the President of the HEMP party, Michael Balderstone, in the main street of Nimbin in front of … END_OF_DOCUMENT_TOKEN_TO_BE_REPLACED

Allow me to reintroduce the Multi Criterion Decision Analysis (MCDA) tool championed by Professor David Nutt back in 2011. Before I do though, did you … END_OF_DOCUMENT_TOKEN_TO_BE_REPLACED