Alcohol makes you feel good – then bad generally. We all know that. We all also know that alcohol is bad for us, but do we really? 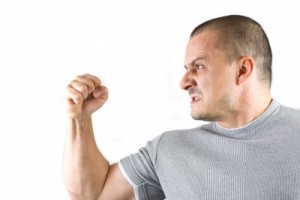 According to the 2011 Alcohol Education and Rehabilitation Foundation’s Annual Alcohol Poll: Community Attitudes and Behaviours we generally aren’t aware of the dangers alcohol poses to our health. According to the poll only around 20% of Australians perceive it as our biggest health threat, ranking it above tobacco but well below obesity. Now the facts are actually that tobacco is the significant leader in terms of health threats to Australians. Federal Health Minister Nicola Roxon stated during a press release regarding the government’s new cigarette packaging laws that tobacco kills 15,000 Australians a year at a cost of $31.5 billion to the country.

That’s about twice as much as alcohol, in terms of costs at least. Forget obesity Australia, we need to get our facts straight. Funny that obesity was regarded by over 50% as the biggest health risk when one of the major contributing factors to obesity in those over 18 is alcohol. IT”S MAINLY SUGAR PEOPLE!

The poll also reveals that 80% of our population believes that our country has a problem with excessive drinking and alcohol abuse. (Responsible Choice puts his hand up and says “Same!”). This was expressed universally by all age groups, drinkers and non-drinkers. Let’s look at why non-drinkers would think that.

We don’t have to think too hard. Our good friends at the Australian Institute of Criminology have released their latest Drug Use and Monitoring in Australia (DUMA) report titled Alcohol and assault on Friday and Saturday nights: Findings from the DUMA program by Josh Sweeney and Jason Payne. Can you guess what the results are? It is so predictable that, although I do endorse this type of research, it’s kind of like saying “I wonder if there is a connection between $7.95 pizzas at Dominoes on Tuesday night and an increase in people eating pizza on Tuesday nights”. The report shows many findings, including that assault offenders arrested on those nights consumed substantial amounts of alcohol leading up to their arrest. I don’t want to downplay the results or value of this kind of study but really is there anyone who has been out to a club or pub on a Friday night and not seen alcohol related violence, or at least offensive behavior related to alcohol? Honestly?

It begs the question; surely there has been significant research done into the relative harm alcohol has on our society? Research that will basically snap us out of this delusion we live in where alcohol is not all that bad.Well of course there has, but you might not have heard of it. That could well be because it actually paints cannabis in its true light, that of a relatively benign substance compared to alcohol and most other substances, illicit or no.

He has been a member and chair of the British ACMD (Advisory Council on the Misuse of Drugs), an independent advisory body contributing research and scientific opinion to drug policy in the UK.

Unfortunately he got the sack…

A man with years of experience and holder of some of the most prestigious and important positions in UK and European medicine sacked. Over a scientifically justified perspective.

That being alcohol is one of the most harmful drugs to society.

I kid you not.

He released a pamphlet in 2009 titled Estimating Drug Harms: a risky business? In it he attempted to rank 20 substances according to the harm they cause. Alcohol was ranked 5th behind Heroin, Cocaine, Barbituates and Street Methadone. Cannabis was ranked 11th, behind tobacco!

Nutt has had a history of disagreeing with UK drug policy, as evidenced by the ACMD’s  2008 recommendation that cannabis not be reclassified back to a Class B drug from a Class C, B being classed as more dangerous. This was after 5 years of cannabis being classed as C after being downgraded from B.

This recommendation was ignored by the government.

Two years later he released his pamphlet and was fired from his position on the AMCD.

Um, I don’t get it. An expert gives advice he is employed to give, then it is ignored. He then publishes a tool he has formulated through which we can see various drug’s harms on society and HE GETS SACKED.

A Few Good Men anyone? “YOU CAN”T HANDLE THE TRUTH!!”

Everything you ever wanted to know about foraging is here! The book that you didn’t even realise needed to be written has been written. As I say in … END_OF_DOCUMENT_TOKEN_TO_BE_REPLACED

These words came from the mouth of none other than the President of the HEMP party, Michael Balderstone, in the main street of Nimbin in front of … END_OF_DOCUMENT_TOKEN_TO_BE_REPLACED

Allow me to reintroduce the Multi Criterion Decision Analysis (MCDA) tool championed by Professor David Nutt back in 2011. Before I do though, did you … END_OF_DOCUMENT_TOKEN_TO_BE_REPLACED