This saying is generally used when describing something held in reserve that, when revealed, will ensure victory. In the context of cannabis the ‘ace’ appears often when talk of legalisation comes up.

RC: “Man, cannabis should be regulated and taxed like alcohol. It’s non toxic, can’t kill you, and it would reduce alcohol-related issues as well as generate jobs and government revenue!”

Prohibitionist: “Firstly, it’s illegal. Why? Well that’s easy, (HERE COMES THE ACE) it causes schizophrenia. Why would we legalise something that makes you go crazy? Go have another cone bong-head…”

This kind of spiel is helped along handily by such research as is presented below:

I’m not about to go into the many and varied areas of concern that this study raises apart from the fact that this study was conducted using Meta-analysis , a method of research used primarily in the gathering of statistical data, by Dr. Matthew Large from The University of New South Wales. This research was released with the full approval of the National Cannabis Prevention and Information Centre’s Jan Copeland, who was present at the press release, founder of the NCPIC, which operates out of The University of NSW…

Here’s a little intro into the problems with meta-analysis:

Meta-analysis can never follow the rules of hard science, for example being double-blind, controlled, or proposing a way to falsify the theory in question. It is only a statistical examination of scientific studies, not an actual scientific study, itself. Some have argued that a weakness of the method is that sources of bias are not controlled by the method. A good meta-analysis of badly designed studies will still result in bad statistics

The most severe weakness and abuse of meta-analysis often occurs when the person or persons doing the meta-analysis have an economic, social or political agenda such as the passage or defeat of legislation. Those persons with these types of agenda have a high likelihood to abuse meta-analysis due to personal bias. For example, researchers favorable to the author’s agenda are likely to have their studies “cherry picked” while those not favorable will be ignored or labeled as “not credible”. In addition, the favored authors may themselves be biased or paid to produce results that support their overall political, social, or economic goals in ways such as selecting small favorable data sets and not incorporating larger unfavorable data sets.

If a meta-analysis is conducted by an individual or organization with a bias or predetermined desired outcome, it should be treated as highly suspect or having a high likelihood of being “junk science“.

Here’s what some people had to say about Dr. Large’s study (P.S. I am one of them)

Now I have a problem with the use of this so called ‘ace’ in this context, and I would actually go so far as to say I consider it to be an arbitrary and ignorant point of argument to include in such an exchange. Now for the whys…

The thing about schizophrenia is that it falls under the category of psychosis. But what is psychosis? According to Sane Australia’s Psychosis factsheet it is

a group of illnesses which disrupt the functioning of the brain so much, they cause a condition called psychosis. When someone experiences psychosis they are unable to distinguish what is real — there is a loss of contact with reality. Most people are able to recover from an episode of psychosis.

Now curiously I feel I must point out that using this definition I should be able to classify alcohol intoxication as psychosis, shouldn’t I? I mean how many people have you seen;

when drunk? Distinct loss of contact with reality there, mixed with out-of-character behaviour and delusions, combined with apparent disregard for consequences of abnormal behaviour. THAT SHIT IS CRAZY. But I digress…again.

So what we have is one specific psychotic brain condition, known as schizophrenia, being espoused as being caused by cannabis use. But what is it? What does it mean for someone suffering from it?

In my quest to answer this question I stumbled upon helpguide.org, a wonderful non profit online resource moderated by mental health and other professionals, which luckily for me has information on a page titled ‘Understanding Schizophrenia‘ published this year. 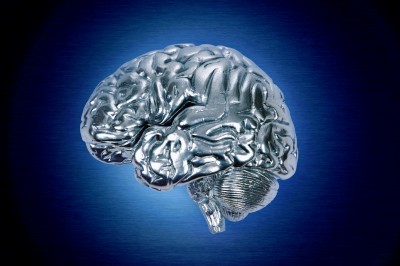 Now for the crux of my comments earlier about people just tossing the old shizo card in. According to the expert opinion of the authors of this page, who by the way are Dr. Jeanne Segal Ph.D and Melinda Smith , M.A., the causes of schizophrenia

…are not fully known. However, it appears that schizophrenia usually results from a complex interaction between genetic and environmental factors.

Oh. Guess you better take that card back hey? That’s because schizophrenia research has indicated it has a strong genetic/familial/hereditary element as well as an environmental/social element also, not to mention abnormal brain structure.

But then again that’s one page, by no means definitive, so some may still be forgiven for claiming trumps with that old schizo card. Well how about we look at the numbers then?

According to the World Health Organisation schizophrenia incidence is low, at around 3 out of every 10,000 people globally, equating to 0.03%. Now the helpguide.org page gives an occurrence statistic of 1%. Now don’t get me wrong, schizophrenia is nothing to make light of, but 1%? 1 out of 100 people possibly have this illness and therefore a tenous link between cannabis use and its occurrence means we criminalise its use and possession for the remaining 99%, presumably for their own protection?

This situation becomes even more ridiculous when we consider Australia’s population, 22,721,563 at the time of this post thanks to the Australian Bureau of Statistics Population Clock . Now according to the United Nations Office on Drugs and Crime (UNODC) as of 2011 Australia’s annual cannabis use is a conservative 10.6% of the population aged 15–64, in that that is the figure of people who have used cannabis in the year. Good job by prohibition there by the way, especially in the U.S. where the rate of cannabis use is 13.7%.

Here’s the thing: 10.6% IS OVER TEN TIMES THE OCCURENCE RATE OF SCHIZOPHRENIA.

So where is the evidence backing up the schizophrenia card then? Why isn’t our rate of schizophrenia occurrence around 10%, especially given that use of cannabis has fallen according to the NCPIC . We should be able to see a notable rise by now if there was a causal link there. Absence of a rise would logically mean a lack of causation wouldn’t it? Speaking of NCPIC this 2009 article is very articulate in pointing out serious contradictions in the claims made by Jan Copeland, founding Professor and Director of the National Cannabis Prevention and Information Centre (NCPIC) at the University of NSW.

What about what schizophrenics have to say about cannabis? Well if we have a look at this 2010 study we see that out none of the people in the target group attributed their condition to their cannabis use, and 4 out of the 10 patients considered cannabis a therapeutic aid to their condition.

Now I want to make it clear here that I am NOT saying that regular cannabis use cannot lead to mental health issues. I think it is a pretty straight forward observation to make that regular drug use of any kind can have an impact on our mental state, and in many ways that is the motivation behind a lot of drug use. What I AM saying is that to say cannabis causes schizophrenia is not only ignorant of the general facts surrounding both the causal factors given by experts but also of the occurrence rate compared to the rates of cannabis use in our country and around the world.

The time for Australia as a country to stop buying into the same old card game is over. We cannot afford to, especially when we take into account the terrible toll alcohol as our main, legal psychoactive-recreational drug option is taking on our country. Even if we entertain the idea that cannabis does cause psychosis, which it doesn’t, psychosis isn’t fatal, and is in fact fairly easily treatable. Alcohol poisoning is fatal, so are liver, heart and prostate cancer, diabetes, domestic violence and drink driving most of the time. Which would be the safer, responsible choice there then?

Maybe this page on Alcohol Psychosis would be helpful?

To put it bluntly if we are outlawing a substance based on its potential for mental health issues alcohol would be near the top of the list. Alternatively, if our criteria was risk of overdose, resultant chronic illness or harm to those around users, alcohol would be illegal, no question. Cannabis does not fall into any of those criteria, so I would argue it holds a very strong hand comparatively, and the prohibitionists out there need to simply fold. It’s just embarrassing and the stakes are too high.

Australia, it is your deal. What hand do you want to give to your children and your fellow responsible adults?

Everything you ever wanted to know about foraging is here! The book that you didn’t even realise needed to be written has been written. As I say in … END_OF_DOCUMENT_TOKEN_TO_BE_REPLACED

These words came from the mouth of none other than the President of the HEMP party, Michael Balderstone, in the main street of Nimbin in front of … END_OF_DOCUMENT_TOKEN_TO_BE_REPLACED

Allow me to reintroduce the Multi Criterion Decision Analysis (MCDA) tool championed by Professor David Nutt back in 2011. Before I do though, did you … END_OF_DOCUMENT_TOKEN_TO_BE_REPLACED