*NOTE: Whilst medical cannabis has been legalised federally, this does not mean cannabis is legal. From a doctor with prescription, yes. Growing it or buying it for personal use, NO. The information below is a general guide to state law, and should not be used as the basis of legal advice. Note that the ACT has also amended their cannabis laws as of 1/2/2020.

Well yes and no, cannabis law in Australia is as big a mess as the one prohibition causes. 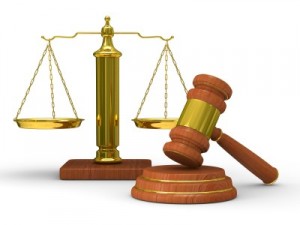 So hands up if you know what your state cannabis laws are? NSW anyone? QLD? Anyone??

Good on those people who actually could say they do, and welcome to my world if you actually verbalised your answer even though the question wasn’t asked verbally…

Now let’s revisit our good friends at the NCPIC (National Cannabis Prevention and Information Centre)and see what they’ve got to say. It’s actually quite helpful.

The basic gist is this: It is illegal to use, possess, grow or sell cannabis in Australia, but the penalties for cannabis offences are different in each state and territory.

Of course they are. What sensible and well thought out drug policy based on scientific fact and harm minimisation wouldn’t have 7 different sets of consequences for the same so called offence? EXACTLY, NONE, but Australia does…

But what exactly are the differences?

Well we have to begin with the terms legalisation and decriminalisation, and of course prohibition. Prohibition simply means an order to restrain or stop, in this context it means all Australian citizens are required by law to stop or refrain from using or growing cannabis. According to the NCPIC’s Cannabis and the Law factsheet;

It is illegal to use, possess, grow or sell cannabis in Australia, but the penalties for cannabis offences are different in each state and territory.

Some jurisdictions have decriminalised minor cannabis offences, such as the possession of a small amount of the drug for personal use. This means that the offence can be dealt with by a civil penalty, such as a fine, rather than by receiving a criminal charge. Speeding is a good example of an offence that is commonly dealt with by a civil penalty. If an offence is decriminalised, it does not mean that it is legal. Legalisation of cannabis would mean that cannabis would no longer be an illicit drug, but would be a legal drug like alcohol and tobacco.

So essentially we are talking about penalties here. Cannabis is illegal, but how much trouble you find yourself in for having it will depend on where you are. Naturally…

OK, so where is it decriminalised?

SA (South Australia) – SA has had the most relaxed of all decriminalised states for the longest of all as they were the first to institute them in 1987. The lowdown is possession of up to 100 grams of marijuana, 20 grams of hash (the resin from the cannabis plant), one non-hydroponic plant or cannabis smoking equipment leads to a fine from $50 to $150 with 60 days to pay it.

ACT (Australian Capital Territory) – I find it incredibly ironic that the state which contains our Parliament House has had the most relaxed form of our cannabis laws for the past 18 years. **NOTE**  The ACT has further relaxed their laws as of Feb 2020. You can now:

More details can be found here.

NT (Northern Territory) – Next to institute decriminalisation was the NT in 1996. The lowdown is possession of up to 50 grams of marijuana, one gram of hash oil, 10 grams of hash or cannabis seed, or two non-hydroponic plants can be fined $200 with 28 days to pay rather than face criminal charge.

Cheers guys, but that raises a question in my mind, namely is that to say that in the eyes of the law if cannabis is decriminalised such offences are akin to speeding? I DISAGREE SIR!

Am I honestly supposed to believe that if you get busted with cannabis in a state where it is decriminalised people will view you the same way as someone who has been caught doing 50 over the speed limit? There is no stigma attached to speeding in our country, despite our government’s inept attempts to curb it. Drug use on the other hand carries a significant social stigma that, for some strange reason, is VERY different to speeding. The foreword from After the War on Drugs: Blueprint for Regulation by Transform Drug Policy Foundation 2009 makes an interesting and honest comment on this.

Heroin, cocaine, ecstasy, cannabis, prescription and over-the-counter medicines, alcohol, tobacco, coffee, tea – we are all people who use drugs. Our refusal to acknowledge this comes from a deep-seated fear that ‘we’ might become, or be seen as, one of ‘them’. What we really need to focus on is the difference between drug use and drug addiction or dependency. Global prohibitionist drug policy continues to focus efforts primarily on the substances alone. This is wrong.

Regardless of this, we have NSW (New South Wales), QLD (Queensland), WA (Western Australia), VIC (Victoria) and TAS (Tasmania) left as the states where cannabis possession and use is a criminal offence. HOWEVER…

It is unlikely that someone caught with a small amount of cannabis for the first time would receive a criminal conviction, because of the diversion programs that run in these states according to the NCPIC. But huh? If it’s illegal doesn’t that mean you cannot have any?

THE ANSWER IS, EVEN THOUGH IT IS ILLEGAL IN THESE FOUR STATES, IF YOU HAVE LESS THAN A CERTAIN AMOUNT YOU WON”T BE CHARGED. Logical right?

NSW – possession of up to 15 grams of cannabis in NSW may receive a ‘caution’ from the police. 2 caution limit.

QLD –  possession of up to 50 grams of cannabis and you will be offered diversion. This is the only state in which diversion must be offered to a minor cannabis offender – elsewhere, it is up to the police officers whether or not they offer diversion or charge the offender. One diversion limit.

* UPDATE: WA (Western Australia) – WA Police Minister Rob Johnson says anyone caught with more than 10 grams of cannabis will face two years jail or a $2,000 fine. He said those caught with fewer than 10 grams must attend a one-on-one counselling session. Apparently this is to be based on a similar system used in QLD (July 2011)

VIC – possession of no more than 50 grams of cannabis will receive a caution. 2 caution limit.

TAS – possession of up to 50 grams of cannabis can be given a caution up to three times in ten years.

Firstly let me say I can’t express my disappointment at the absolute irrationality and seemingly ad-hoc nature of policy that has implications for so many of our youth and their future opportunities. Mo Mowlam (1949-2005), Minister responsible for UK Drug Policy from 1999–2001, had this to say about drug policy in general:

“From my experience of being responsible for drugs policy… I came to the conclusion that legalisation and regulation of all drugs was the only way to reduce the harmful effects of this unstoppable activity.” The Guardian, 19 September 2002

She, of course, is not the only person who has this view. Simon Lenton’s Cannabis policy and the burden of proof published in the March 2000 Drug and Alcohol Review echoes the perspective that prohibition of cannabis is futile and far more harmful than cannabis use to the user. He outlines how criminal sanctions against cannabis use is a failure because it has low support from the general community because the criminal penalties (both potential and actual) can have serious and long-lasting detrimental impact, and also that more progressive policy (such as decriminalisation) does not lead to higher rates of cannabis use.

I disagree with Mr. Lenton’s presumption that regulation of cannabis cannot work in Australia because of our International Treaty Obligations. This refers to how, many moons ago, our good friends the USA basically coerced many other countries to prohibit cannabis like them because they enacted racist and sensationalist policy to further self interest in their country. The Schaffer Library of Drug Policy is a good source for further information on this topic.

ESSENTIALLY THE USA SAID “JUMP” AND WE SAID “HOW HIGH MASTER?”

I would argue that ironically the USA now, in certain states (simple example here), is the country we should again be following in terms of cannabis legalisation and regulation, and I am quite sure that the well being of millions of Australians should override any pathetic piece-of-propaganda treaty like the one known as the United Nations Single Convention on Narcotic Drugs 1961.

But that’s me. What about you?

Everything you ever wanted to know about foraging is here! The book that you didn’t even realise needed to be written has been written. As I say in … END_OF_DOCUMENT_TOKEN_TO_BE_REPLACED

These words came from the mouth of none other than the President of the HEMP party, Michael Balderstone, in the main street of Nimbin in front of … END_OF_DOCUMENT_TOKEN_TO_BE_REPLACED

Allow me to reintroduce the Multi Criterion Decision Analysis (MCDA) tool championed by Professor David Nutt back in 2011. Before I do though, did you … END_OF_DOCUMENT_TOKEN_TO_BE_REPLACED