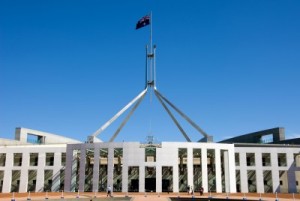 It’s been a long time and I shouldn’t have left you, without a dope beat to step to, and that…

Anyway I have been busy in the background, which somehow or other ended up with me giving evidence to a Senate inquiry into the legalisation of cannabis in Australia. The Senate Economics Reference Committee conducted a public hearing in NSW regarding cannabis in terms of personal choice and community impacts in March, and it has taken me 8 months to put something out about it.

7 months of simmering over the indifference shown by ‘our’ Department of Health, who apparently believe that cannabis being legalised is not in the interests of the Australian public’s health, despite the fact that federal legislation passed earlier this year allowing for medical cannabis, presumably to aid people’s health… is it me or does that sound strange? Here’s what Huffington Post AU’s Associate Editor Josh Butler thought the hearing sounded like.

You can read the DoH’s (just think of Homer) submission here, and read the Hansard transcript here, but I thought I would just pull a few choice bits out of both my own, and the Dept. of Health’s submissions, just to give people some idea of what went down. I ranted at length (of course, see the full submission here) but some of my key points were:

…prohibition itself is a failed drug policy, and since its implementation under the moniker ‘The War on Drugs’, we have seen drugs become more readily available, purer and cheaper than throughout recent history. This has also corresponded with the requisite increase in organised criminal activities that are directly funded by illicit drugs. Perhaps the reason Australia is so reluctant to repeal our archaic prohibition laws is because, unlike America, we have never really had an Al Capone. We don’t remember or see its effects as graphically as our American brethren, particularly the Mexican people who have tens of thousands of deaths every year directly related to the illicit drug trade and its respective bloodthirsty cartels. When we create a black-market why are we perplexed when criminals take advantage of the massive profits to be made, particularly given demand for drugs does not go down in correspondence with its relative scheduling/illicit status. Maybe that’s why pretty much every state in America is falling over itself trying to get through some sort of cannabis law reform, be it strictly medicinal or fully recreational. Maybe they finally realise the war is over, albeit decades too late for many. Colorado is making millions of dollars in tax revenue with no negative social outcomes after fully legalising the sale of cannabis, and  with the current state of the world’s financial systems a new and renewable source of tax revenue is the holy grail. America is the reason cannabis is outlawed in Australia as they requested we were signatories to the Single Convention on Narcotic Drugs 1961, and that is pretty much the sole reason cannabis is still illegal today. If they aren’t worried about it, why are we? Alcohol is a dangerous drug that needs very careful regulation, education and associated health services available to users. Cannabis by comparison is a relatively benign drug, but which likewise needs similar regulatory mechanisms, along with comprehensive and science/fact-based evidence contributing to both education and harm reductive healthcare practices. Take the power out of the hands of the criminals and put it into the hands of the Australian people. There are various regulatory models we can either adopt or consult in the creation of our own model for the retail availability of cannabis, many of which have been and are operating successfully throughout the world in places like Portugal, Washington, Colorado and Uruguay to name a few. The economic opportunities are immense, and the liberty of all Australians demands no less than an end to the redundant oppression of the individual right to freedom of thought. Our minds are our own, and we should be able to do with them as we see fit, as long as we don’t hurt anyone else, and we certainly should not be locking our citizens up for doing just that. Cannabis is the responsible choice.

Probably what you would expect from me really. Here’s a couple of choice bits from the DoH’s submission that I felt were, well, to be honest, disappointing and frustrating in equal measure.

In Australia the consumption of cannabis for recreational use is illegal. It is classified as a narcotic drug and as such cannabis is tightly controlled in Australia and its use and supply is regulated by a number of Commonwealth, state and territory government laws.

My first response to that statement is “Why?”. Why is cannabis not considered appropriate for human consumption, and why is it classified as a narcotic? It is non-toxic  to humans, and is not addictive (habituating maybe, but the withdrawals are milder than those of caffeine). Maybe the word ‘narcotic’ is here being used in the old ‘soporific’ sense, as in cannabis can help you sleep, but I doubt it. Besides all that, what has “cannabis is illegal” got to do with a proposition to make it legal. Good one DoH! Next time don’t let 5 year old children formulate your arguments for you. This next one around the legalisation of hemp foods (we are one of the ONLY countries in the world who prohibits the consumption of hemp foods, because we have a backward and broken legislative framework) was the kicker for me though:

(regarding the application to FSANZ to have hemp foods made legal in Australia)… Ministers rejected the variation noting several concerns including:

Now. Our Health Department is trying to say that we cannot legalise cannabis, or anything related to the cannabis plant because…

it will make the cop’s job harder, and may give people the impression that cannabis is OK and safe!

“Mate, the cops already have it hard enough busting non-violent cannabis users as it is, and if we give the public access to one of the most nourishing foods on the planet they might think the plant, which we just made legal for MEDICAL PURPOSES, isn’t dangerous anymore.”

Ahem. I rest my case your honour. Our Health Department is officially retarded, and by that I mean stunted in it’s development of (ironically) healthy logic. Which is why I said this in my opening statement to the inquiry:

I was disappointed and frustrated to read that the department appears to be against changes to current drug laws, specifically those pertaining to cannabis or cannabis products. We must remember that one less illicit drug to worry about means less work for law enforcement, not more. Unfortunately, change is exactly what is needed in the case of prohibition, and that means many things will need to change accordingly. Using change as a reason not to change, is the height of absurdity.

There were some positives, one of them being the attitude of Senator David Lyonhjelm, who was very receptive towards legalisation, and thankfully dismissive of the bullshit claims and concerns offered up by the DoH. You can read the Inquiry Report here, and while you’re at it try to discern why Liberal Senator Sean Edwards needs to, in my opinion, stay well out of this debate.

2016 has been a huge year for cannabis, both in Australia and the U.S in particular. Many have asked me what I think the time frame will be for full legalisation, and to that question I have stated thus:

I expect that by the end of 2017 at least one state in Australia will have restricted recreational use and retail availability legislated. More than likely the ACT, SA or the NT. Why?

And it is that simple. Not for compassionate reasons. Not because prohibition is a failed policy. Not because medical experts and scientists have provided a plethora of research that cannabis poses nowhere near the threat to public health that our two legal recreational drugs do. Not because our human rights are violated by the existence of such draconian laws.

Just because the government stands to make a shitload of cash. And that’s it. Wanna make a bet?

Everything you ever wanted to know about foraging is here! The book that you didn’t even realise needed to be written has been written. As I say in … END_OF_DOCUMENT_TOKEN_TO_BE_REPLACED

These words came from the mouth of none other than the President of the HEMP party, Michael Balderstone, in the main street of Nimbin in front of … END_OF_DOCUMENT_TOKEN_TO_BE_REPLACED

Allow me to reintroduce the Multi Criterion Decision Analysis (MCDA) tool championed by Professor David Nutt back in 2011. Before I do though, did you … END_OF_DOCUMENT_TOKEN_TO_BE_REPLACED