You’d be suprised. Ex-presidents of Mexico, Columbia and Brazil do. So does the former Secretary General of the UN, amongst others. 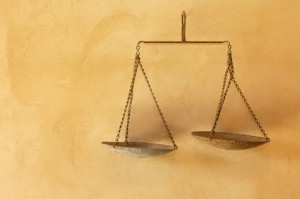 Global drug policy is an interesting anomaly really. I say anomaly because it is truly a realm where the normal adherence to best practices, consideration of latest research and advice of experts in relative fields does not occur. Many people may be under the illusion that the opposite is the case and, hey, fair enough. It should be, and why would you presume otherwise? The government does what is best for the people who elected them right? The best is the safest, scientifically justifiable position that aims to minimise harm caused by drug use and provide help for those that need it, in my opinion anyway.

And then, on the other hand, we have the “War on Drugs”.

If you weren’t aware that there was a war on drugs you can be easily forgiven as far as I’m concerned. In Australia, although our drug policy ensures we participate as a society in said war, we rarely hear much about the CASUALTIES of it. Of course any war has casualties and, given its title, you would expect that millions of drug dealers and growers must have been killed by now. You’d be right. I’d wager hundreds if not thousands of tonnes of drugs have been confiscated and destroyed over the last 50 years since the Single Convention on Narcotic Drugs of 1961 was enacted on our world, largely at the behest of the U.S. government at the time.

Not to mention the incredible toll the war has taken on human lives and the societies involved in its continuation. BUT governments have access to professional armies and billions of dollars, so it should’ve been a pretty one-sided affair right?

Well the “War on Drugs” is not a war fought on ‘drugs’ at all. You wage war on people don’t you? That’s an intrinsic part of war. People die, defeat ensues, and victory is achieved by unleashing superior amounts of strategic and coordinated violence against your adversary. The U.S. has had a lot of practice at this over the last 50 years coincidentally haven’t they?

Regardless, the drug war has been a failure.

The only excuse people could have for being unaware that it is taking place is the fact THAT IT HAS FAILED IN EVERY WAY TO STEM DRUG USE WHATSOEVER. IT IS A FACT THAT DRUG USE HAS INCREASED DRAMATICALLY SINCE ITS INCEPTION. If you are a military man and your side fails to halt the advance of the enemy, their infiltration of your society and the loss of innocent lives, you are out of a job. End of war. In fact I would go so far as to say that ‘drugs’, collectively, as the targeted enemy of the war on drugs, have dropped not one, not two, but three atomic bombs on all armies opposing them since the beginning of the war. The civilian casualties and costs to all of the participating combative nations has been staggering,

YET THE WAR IS CONTINUED AS IF NO-ONE CAN FEEL THE RADIATION AND LACK OF SUNLIGHT FROM THE NUCLEAR WINTER THAT HAS BEEN RAINING DOWN ON THEIR HEADS.

Perhaps a better title for this post would’ve been “Who says the War on Drugs is a success?” Well, THE AMERICAN GOVERNMENT DOES.

In this Los Angeles Times article the U.S was quick to dismiss a new report formulated and tabled by former national leaders and UN representatives.

“Why should I care about this?” I hear you ask. The answer is because we take so many of our cues, both politically and socially, from the U.S. If they ignore best practice our leaders are inclined to follow suit. If they say the war on drugs is being won, its being won. Isn’t it?

The global war on drugs has failed, with devastating consequences for individuals and societies around the world. Fifty years after the initiation of the UN Single Convention on Narcotic Drugs, and 40 years after President Nixon launched the US government’s war on drugs, fundamental reforms in national and global drug control policies are urgently needed.

But why should we pay any attention to this ‘commission’ anyway? Well let’s see who is on it first shall we?

– Kofi Annan, former Secretary General of the United Nations,
– Louise Arbour, former UN High Commissioner for Human
Rights, president of the International Crisis Group, Canada
– Fernando Henrique Cardoso, former President of Brazil (chair)
– Marion Caspers-Merk, former State Secretary at the
German Federal Ministry of Health
– Ruth Dreifuss, former President of Switzerland and Minister
of Home Affairs
– César Gaviria, former President of Colombia
– Asma Jahangir, human rights activist, former UN Special
Rapporteur on Arbitrary, Extrajudicial and Summary Executions,
Pakistan
– George Papandreou, Prime Minister of Greece
– George P. Shultz, former Secretary of State , United States
(honorary chair)
– Javier Solana, former European Union High Representative
for the Common Foreign and Security Policy , Spain
– Paul Volcker, former Chairman of the United States Federal
Reserve and of the Economic Recovery Board
– Ernesto Zedillo, former President of Mexico
amongst others. I kid you not. Read the list again. If anybody knows whether or not the War is being won, and more importantly if the costs are worth it, it is these people. AND THEY HAVE ALL UNANIMOUSLY DENOUNCED IT.

Phew! At least we have Obama as leader of the first world right? He’s an intellectual and actually denounced the war on drugs in his campaign, along with declaring his support for decriminalisation of cannabis.

How 5 years can change a man though, right? I mean in 5 years time you can learn so much and be exposed to so many different people and their thoughts. Like lobby groups and other powerful organisations who fund your campaign. Here’s what Obama had to say about questions asked on his site where people could log their important issues they wanted addressed. The number 1 request was “Ending Marijuana Prohibition”, so is the third as well, ranked on how many votes these posts received.

Here’s what he had to say in March that same year.

What is wrong with this picture? How and why does this continue to happen and what can we do to stop it? Well the answer isn’t sit there and say “Someone should do/say something about that, that sux!”, nor is it to say “Bloody Yanks!”. Out of all of the people on the planet I would wager the American public is one of, if not the most outraged by this continued position of their government.

We have damning evidence and expert opinion on why we MUST change the way we look at drug use in the 21st century. Why can’t we all see it though, and more importantly, why, if we can’t, aren’t our leaders showing it to us and acting on our behalf to enact change? Well at least I know what experts on global drug policy recommend that change should be;

End the criminalization, marginalization and stigmatization of people who use drugs but who do no harm to others. Challenge rather than reinforce common misconceptions about drug markets, drug use and drug dependence.
Encourage experimentation by governments with models of legal regulation of drugs to undermine the power of organized crime and safeguard the health and security of their citizens. This recommendation applies especially to cannabis, but we also encourage other experiments in decriminalization and legal regulation that can accomplish these objectives and provide models for others.

Great! Now where to from here?

Everything you ever wanted to know about foraging is here! The book that you didn’t even realise needed to be written has been written. As I say in … END_OF_DOCUMENT_TOKEN_TO_BE_REPLACED

These words came from the mouth of none other than the President of the HEMP party, Michael Balderstone, in the main street of Nimbin in front of … END_OF_DOCUMENT_TOKEN_TO_BE_REPLACED

Allow me to reintroduce the Multi Criterion Decision Analysis (MCDA) tool championed by Professor David Nutt back in 2011. Before I do though, did you … END_OF_DOCUMENT_TOKEN_TO_BE_REPLACED