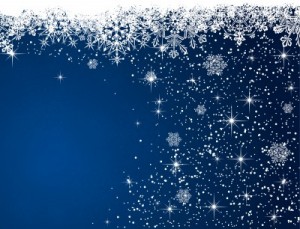 But what does it mean? Well bear with me.

疑冰 – yi bing. This is a way you might express the title of this post in the author’s native Chinese language. If we break it down we can get a better idea what is being expressed here.

In particular if we look at yi (疑) things begin to open up. yi can be used to denote describe or designate the following:


Thus, essentially this phrase could be used to relate IGNORANCE or DOUBT STEMMING FROM IGNORANCE.

“Why the lesson in Chinese philosophy Responsible Choice?” I hear you say.

Well I think it is an incredibly pertinent phrase to consider when approaching the alcohol vs cannabis question.

You see the thing is we are all ignorant to one degree or another. No-one knows everything, and therefore there is always more to learn. I believe we are largely put on this earth to learn so it is significant to me when people profess to be in possession of all the facts. Particularly those summer insects amongst us.

You know the type I mean.

Whatever the topic they have an opinion, and yes, they do know what you were going to say before you said it and are even quicker to dismiss it as old news when compared to their vast knowledge on that, and every other, topic you care to raise with them. All of us are guilty of falling into that role at one time or another but some of us, the summer insects, choose to live in the belief that we know all there is to know, and therefore are not interested in learning more because it requires re-evaluating what we think we know.

Thus we may compare that mode of thought to the life of the summer insect, whose lifespan does not extend beyond a season, and therefore has an experience of the world believing that what is experienced is all that there is.

You don’t need a word for ice until you are aware of its existence.

There are times when we cannot conceive of things we have not experienced in our lives, but we must be careful that we do not rule out the possibility of such things existing by refusing to listen to reason and irrefutable proof and truth.

Having said that do we all need to hold ice in our hands to know that it is possible?

From this point comes the difficult part.

If someone vehemently refuses to even consider what I have to say, the ice on my hands, the frost on my face, how can I make them understand, and more importantly, ask questions and engage in a dialogue?

The reason this question is so important can be summed up nicely by another Chinese fellow by the name of Lao Tsu:

Does not try to override the world with force of arms.

It is in the nature of a military weapon to turn against its wielder.

I interpret that to mean if you want to show someone a way to understand something don’t try and argue them down or use belligerent or aggressive language, because they will only feel obliged to do the same back.

My whole reason for postulating these scenarios and posing these questions is to provoke a few more, and hopefully provide points of reflection for those frustrated when encountering a summer insect. Namely:

– How can people not want to listen to the facts?!

– Why do people use the same arguments again and again?!

– How do you make someone understand that they are wrong?

– Why can’t people see the reality of the situation?

Whenever we discuss drugs in this country, unfortunately, we are entering into a conversation that has been until fairly recently taboo, heavily laced with misinformation and propaganda, and strewn with myths, half-truths and morality. Given that, to enter into it thinking that just because you may be right the other person will have no choice but to concede to your superior facts is an illusion.

I have recently come to the conclusion that if any party in a discussion on drugs ardently wishes to dominate, embarass, or otherwise FORCE consent from the opposing party they can only expect the same from them, namely a contest of wills where emotion, morals and self preservation become paramount and virtue, integrity and truth are quickly left by the wayside.

bing (冰) denotes, for me, a safer alternative, choice, and an improvement in the health of our nation.

What does your ice look like? I really want to know.

Everything you ever wanted to know about foraging is here! The book that you didn’t even realise needed to be written has been written. As I say in … END_OF_DOCUMENT_TOKEN_TO_BE_REPLACED

These words came from the mouth of none other than the President of the HEMP party, Michael Balderstone, in the main street of Nimbin in front of … END_OF_DOCUMENT_TOKEN_TO_BE_REPLACED

Allow me to reintroduce the Multi Criterion Decision Analysis (MCDA) tool championed by Professor David Nutt back in 2011. Before I do though, did you … END_OF_DOCUMENT_TOKEN_TO_BE_REPLACED