Alcohol and cancer. What have the two got to do with each other? 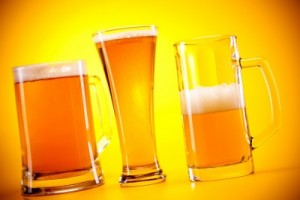 Way too much, which begs the question why do we have so many ‘Cancer’ related charities, searching for the cause of cancer. Let’s start with grog.

Now I’ve mentioned the word ‘causative’ before in these posts. The word means basically ‘the cause of’ or ‘the reason for a particular phenomena’. The context for its use previously had to do with the fact that cannabis has not been shown to have a causative effect upon the occurence of schizophrenia. Quite simply put cannabis hasn’t been found to cause schizophrenia.

The reason I bring it up again is because ALCOHOL HAS A CAUSATIVE EFFECT ON THE OCCURENCE OF CANCER.

Let us begin. In a recent release Professor Ian Olver, Cancer Council of Australia’s CEO, stated that alcohol is a Class 1 carcinogen, meaning it is just as likely to cause cancer as tobacco or asbestos.

Tobacco. Asbestos. Alcohol. Cancer. Peas in a pod. THIS IS A FACT.

Perhaps most worrying of all about this particular release was that one of the most damning findings was that alcohol is linked to 20% of breast cancer cases. 20%. 1 in 5 cases then.

He describes the link between alcohol and cancer as “DEFINITELY CAUSATIVE”.

Huh, well that’s the latest research for you, except that it is not new. This causative link has been well known in science for at least the last 20 years. So why haven’t we heard about this, considering rates of cancer are ever increasing and we are talking about people’s lives here?

I believe it is because we as a society don’t want to hear it, but also because what I just said is assumed by health agencies and government in general. It’s the hard sell. It’s the tough-love call. It’s the “We know it is an ingrained cultural practice that is killing us, literally, but it has to go in the too hard basket unfortunately”. That and the fact we have no legal alternative recreational drug available to us.

It is estimated that 3.6% of ALL cancer is caused by regular to chronic alcohol use, resulting in 5070 cases annually, and that alcohol use of any kind leads to an increase in the risk of cancers of the mouth, pharynx, larynx, oesophagus, bowel (in men) and breast (in women).

But how big a risk is it really? Am I increasing my risk of cancer by only having a glass or two of wine a night? I mean wine is pretty weak compared to spirits right?

According to an International Agency for Research on Cancer press release from 2007 “The scientific evidence relating to alcohol drinking to an increased risk of cancer continues to grow as does the contribution of alcohol drinking to the global cancer burden“. It goes on to say even modest levels of drinking will increase your likelihood of developing cancer, particularly breast cancer. The strongest linked cancers to alcohol use are of the oral cavity, pharynx, larynx and oesophagus, with strong links to bowel and liver cancer as well. It has also been found that it is the alcohol, not the type of drink, that increases the risk, all drinks being equal in the eyes of cancer I’m afraid.


Well then, it is clear. Alcohol use and abuse not only causes untold amounts of social problems, such as drink driving accidents, domestic violence, mental illness, anti-social behaviour, increased rates of STi’s and risk taking behaviour, it is also AN UNDISPUTED CAUSE OF CANCER.

Casual Reader: “Yeah but smoking cannabis gives you cancer just like tobacco does mate. So it’s much of a muchness isn’t it?!”

Firstly cannabis does not have to be smoked like tobacco, and secondly it is not sprayed with radioactive substances and processed with a number of carcinogenic chemicals. As mentioned in other posts cannabinoids present in cannabis are not carcinogenic to the body, they are actually almost identical to chemicals we already have in our bodies as a part of our Endocannabinoid System.

Which brings us to the topic of vapourisation. We all know you can smoke cannabis, cook and eat it, but not that many people know what a vapouriser is.


No combustion occurs, so no smoke or taste of smoke is present. Vapor ideally contains virtually zero particulate matter or tar, and significantly lower concentrations of noxious gases such as carbon monoxide.

Thus we can see that there is a smoke free way of using cannabis that effectively rules out any argument surrounding smoking cannabis and cancer.

There is no such situation to be found for alcohol. Use it and you increase your likelihood of developing cancer. It’s as simple as that.

Everything you ever wanted to know about foraging is here! The book that you didn’t even realise needed to be written has been written. As I say in … END_OF_DOCUMENT_TOKEN_TO_BE_REPLACED

These words came from the mouth of none other than the President of the HEMP party, Michael Balderstone, in the main street of Nimbin in front of … END_OF_DOCUMENT_TOKEN_TO_BE_REPLACED

Allow me to reintroduce the Multi Criterion Decision Analysis (MCDA) tool championed by Professor David Nutt back in 2011. Before I do though, did you … END_OF_DOCUMENT_TOKEN_TO_BE_REPLACED