It’s a beautiful place; shame about the incompetence of their state government when it comes to drug policy.

Now in a previous article we saw how Western Australia recently changed their more progressive cannabis laws to possibly the most backward in the country. As such, I was under the false impression that ALL of the batshit crazy policy had been expelled by the WA Liberal government. Oh how wrong I was; unfortunately the magnitude of my error was significant. Don’t believe me?

Your Honour, Exhibit A:

Ahem, this YouTube clip was removed by the WA Government…

Yes, I know, we have been literally bombarded with cannabis propaganda for so long that this tripe should come as little surprise. Nothing out of the blue there, an absolute absence of fact, combined with an abstract and confused message. Yep, check and check. Let’s take the time to reminisce about the useless drug propaganda pumped out by our government in recent times with this lovely flashback clip:

Please watch this press release for the new WA Government ‘Cannabis Messes With Your Mind‘ campaign: Ahem, ah, once again, this clip has been removed by the WA Government… 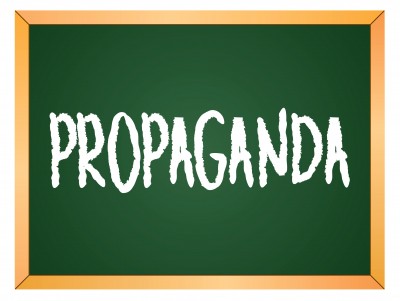 Now to me it isn’t the nature of the propaganda that is worrying (same same there really), it is more that her ‘sell’ of it is appalling.

The fact that she states from her mysterious ‘research’ that 1 in 3 people think there is little negative health effects from cannabis is actually encouraging to me. If people who participated in such polls had read a bit from our site, or any other like it, chances are they were slightly more informed than your average Joe about cannabis. This may constitute a ‘scary’ scenario for Helen, but then again she is trying to sell the public an absolute mockery of both scientific fact and progressive drug and harm reduction policy, so we may differ in our definitions of scary.

I must admit the scariest things for me from the whole clip were the questions that are asked afterwards and the cost. Not one of the reporters asked what research she was quoting statistics and facts from. Not one that was shown anyway, and the cost! $1 million, for that rubbish ad campaign as a starter, aimed at bringing ‘better awareness’. The words permanent effects and cannabis should be rarely mixed as far as actual science-based research is concerned, and I would’ve thought cannabis would’ve been worthy of being touted as a much more preferable drug to alcohol in Indigenous communities, where grog wreaks absolute havoc.

Calls for alcohol treatment centres in every Kimberley town (March 21, 2011)

I would also ask the WA Government why now? Considering that there is an emerging methamphetamine issue in WA.

And of course we need to make the distinction when we talk about meth and cannabis too closely together because it always pays to note; one is potentially lethal, the other is not.

Having said all of that about WA, their government, in terms of drug policy and initiatives, isn’t all bad. Take Perth Local Council, the City of Melville, which has commissioned a professional short film, titled ‘The Gathering’, based on real-life scenarios involving alcohol and youth.

This 7.30 report piece on it is quite interesting.

Now if it were up to me I would much rather see my tax dollars going into resources and campaigns that will educate the youth by arming them with facts and reality, not mind map mythology.

Everything you ever wanted to know about foraging is here! The book that you didn’t even realise needed to be written has been written. As I say in … END_OF_DOCUMENT_TOKEN_TO_BE_REPLACED

These words came from the mouth of none other than the President of the HEMP party, Michael Balderstone, in the main street of Nimbin in front of … END_OF_DOCUMENT_TOKEN_TO_BE_REPLACED

Allow me to reintroduce the Multi Criterion Decision Analysis (MCDA) tool championed by Professor David Nutt back in 2011. Before I do though, did you … END_OF_DOCUMENT_TOKEN_TO_BE_REPLACED