If you are living in Western Australia you could be easily forgiven for making this statement. 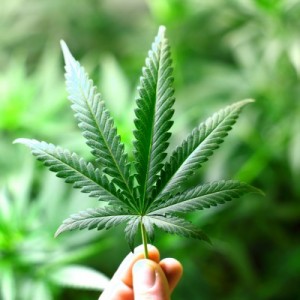 Unfortunately the situation does not involve Michael J. Fox, a cool car, lightning, nor some old genius crackpot scientist, but it may involve some crackpot ideas on drug policy.

In case you haven’t heard WA has just had a CANNABIS specific change in their drug policy. A previous post I made on the topic of the illicit status of cannabis in Australia and each state’s respective laws included the following information about WA (taken from the NCIPC factsheet).

Specifically the WA laws WERE as follows:

Since 2004, a fine from $100 to $200 with 28 days to expiate is served if a person is found in possession of smoking equipment, up to 30 grams of marijuana, or two non-hydroponic cannabis plants. An alternative to paying the fine or appearing in court is to attend a cannabis education session.

Western Australia is the fourth Australian jurisdiction – after South Australia, the Australian Capital Territory and the Northern Territory – to introduce prohibition with civil penalties for minor cannabis offences. Advocates of this approach argue that it enables governments, through statutes and their enforcement, to make it clear that cannabis use, possession, cultivation and distribution are disapproved. At the same time, infringement notices offer individuals found committing less serious offences the opportunity to avoid a court appearance and adverse career and other social consequences associated with a conviction or finding of guilt for a drug offence. Extending the infringement notice option to cultivation of a small number of plants for personal use may also make it more likely that some regular users will not need to rely on illicit drug supply networks that are dominated by organized crime.

Luckily the WA government have released a Cannabis Laws in Western Australia booklet 2011. So why is cannabis law changing? The booklet states:

Because cannabis is harmful, it is against the law for people in Western Australia to cultivate, possess, use, sell or supply cannabis, or to possess pipes and other smoking implements containing detectable traces of cannabis. It is also illegal for shops to sell or display cannabis smoking paraphernalia.

Um, I could be wrong, but I thought alcohol was easy to fatally overdose on and that tobacco is one of the most addictive drugs on the planet that kills more people than any other drug. I also understand that it is IMPOSSIBLE TO FATALLY OD ON CANNABIS. But they’re legal.

But there’s not much info there so let’s look further, as commonsense dictates the minister must be a scientist, researcher or health professional himself.

Police Ministers are now the authorities on drug related harms and good drug policy, not scientists and health professionals apparently. I have very grave concerns for our country when a politician can come out with statements about anything that are completely scientifically unfounded and try to position themselves as a holder of factual information on a given subject when it is obvious that they aren’t.

The two following statements, from a press release documented in the Sydney Morning Herald, are in DIRECT CONTRADICTION with what Prof. David Nutt, (British psychiatrist and neuropsychopharmacologist) internationally respected advisor and researcher of drug effects and impacts on the human body, published in the Lancet last year.

“The amount of toxicity in cannabis is enormous these days and it’s very damaging to people’s brains” said Rob Johnson.

Cannabis has a very low-level of toxicity and presents a relatively low risk of dependency. For these reasons, it is typically considered a relatively safe drug.

Hmmm, not looking good there Rob. Next

“It can cause schizophrenia and create terrible mental health problems” stated Rob Johnson.

…the idea that it can cause schizophrenia in healthy individuals is controversial. What seems more likely is that cannabis can promote psychotic illness in individuals that are already vulnerable to this.

there has always been a substantial risk of worsening existing mental health problems by taking drugs like cannabis or ecstasy or LSD. For cannabis, the risk is greater the younger the person is when they start, how regularly and how much they smoke, how early their first smoke is. However the link is described by Government experts as ‘weak’ and even medium to heavy use does not lead necessarily to mental health problems.

So, um, this is awkward, but it seems that Mr. Rob Johnson has NO IDEA what he is talking about, but has somehow been allowed to influence policy in this area. This after the War on Drugs: Report of the Global Commission on Drug Policy as well!


Maybe there is a need for more stringent policy though. Maybe we can see it if we look at the trends of drug use hey? Surely that can give us insight into the radical world of Rob Johnson? Right?

You already know that the answer is going to be a big fat NO.

In the report Drug trends and crime tracking: Relationships between indices of heroin, amphetamine and cannabis use and crime by the Drug and Alcohol Office November 2010 we find some interesting contradictions to Mr. Johnson’s rationale. In fact it is stated that

The current project analyses indicated weak correlations within cannabis related indicators. Future use of the resources could remove cannabis and focus on stronger correlations for other drug types such as cocaine or prescription drugs.

So what do the Australian experts say? As we already heard, they don’t agree. Essentially the National Drug Research Institute’s Dr. Steve Allsop says the new policy is flawed.

Interestingly enough though WA seems to be experiencing an amphetamine problem.

So why introduce tougher cannabis laws? Well I have a few ideas.

Firstly it is relatively easy to target cannabis as it is the most widely used of the illicits. Thus one can say “We need to stop people using cannabis because so many are” in one way or another and it kind of makes sense. Kind of.

Secondly, upon increasingly targeting cannabis users you will see an increase in arrests and busts, simply by virtue of there being so many users. Fish in a barrel is the term I believe.

The net result is, in at least Rob Johnson’s mind, the public see more cannabis, oh I mean DRUG, arrests, and feel safer and vote him and his party in again. I suppose.

The main problem with that perspective is this: cannabis is significantly safer than almost every other drug. By targeting it at the expense of other drugs you fuel the black market trade in it, and waste precious resources on arresting non-violent users who are often found in possession of amounts for personal use. The whole scenario is ridiculous in this day and age, and I only wish I could find 1.21 gigawatts to power my car/time machine and take me to the future where this ridiculous type of political stunt has ceased to exist. People’s lives are ruined from this type of policy and have been for decades. Take the virtuous step forward, not backwards, because families don’t have access to time machines, and can’t get their loved ones out of prison, or have their record removed. They have to live with it, whilst people sink excessive amounts of alcohol each weekend and ruin their own or others lives consistently, BUT LEGALLY.

It doesn’t add up.

Please comment below, we love to hear your feedback and opinions.

Everything you ever wanted to know about foraging is here! The book that you didn’t even realise needed to be written has been written. As I say in … END_OF_DOCUMENT_TOKEN_TO_BE_REPLACED

These words came from the mouth of none other than the President of the HEMP party, Michael Balderstone, in the main street of Nimbin in front of … END_OF_DOCUMENT_TOKEN_TO_BE_REPLACED

Allow me to reintroduce the Multi Criterion Decision Analysis (MCDA) tool championed by Professor David Nutt back in 2011. Before I do though, did you … END_OF_DOCUMENT_TOKEN_TO_BE_REPLACED