Before anyone says it, I know, OK? 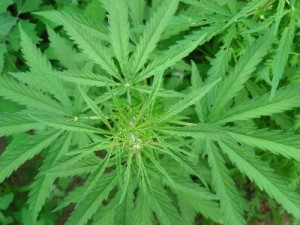 Yes I understand that I have given ample evidence of the negative effects and harms related to alcohol use. I’m also aware that there has been a distinct absence of the counter point to this debate on the behalf of cannabis.

Just let me explain why…

The thing about cannabis is that it’s a prohibited substance. Essentially a GLOBALLY prohibited substance, courtesy of the Single Narcotics Act of 1961, signed by all of the UN member countries at that time. This means that the government has committed to outlawing the substance and enforcing said prohibition by all means available to it, including, but not limited to;

– establishing governmental institutions/organisations specifically for the purpose of providing a publicly accessible service where governmental approved information regarding specific substances is available, along with support services for abusers/problem users of particular drugs.

The abovementioned factors are largely the reason I have hesitated with this post. I wanted to be sure that I had made my way through the scare-mongering and prohibition rhetoric. I wanted to provide some independently researched information resulting from scientific and unbiased studies. Moral values, in my opinion have NO place in drug policy.

Which led me to the Lancet, which is one of the oldest and most respected medical journals in the world. In a previous post I cited the 2009 pamphlet released by UK Dr. David Nutt, wherein drugs were scientifically categorised and ranked according to their relative harms. ALCOHOL WAS RANKED 5th MOST DANGEROUS, CANNABIS 11th. However…

From there he went on to publish, amongst other things, a revised, updated and more considered drug harms study, Drug harms in the UK: a multicriteria decision analysis, in the November 2010 issue of the Lancet.

Here 20 drugs were assessed on their harm based on the danger they posed to users AND those around them. Each drug was scored out of 100, the higher the score the higher the harm.

20, nearly three and a half times less harmful than alcohol! Anyway this encouraged me to further investigate the ISCD and their advice on cannabis, its potential harms and effects for the user, with the goal to give my readers a decent point of reference. Independent, scientific, informed by latest research and professional experience of contributing experts.

I was really suprised, pleasantly, that there was actually ‘Harm Reduction Advice‘ as well as scientific information provided.

So what is their verdict? Below is a summary of both harm reduction and scientific information from the ISCD website.

“Some users appear to be able to tolerate the potential negative psychological effects of cannabis (e.g., apathy, social withdrawal and paranoid ideation) better than others and more research is needed to understand why this is the case.

Although it is well established that cannabis can cause transient psychotic symptoms in normally healthy individuals and negatively affect treatment outcome in patients with schizophrenia the idea that it can cause schizophrenia in healthy individuals is controversial . What seems more likely is that cannabis can promote psychotic illness in individuals that are already vulnerable to this. Cannabis has a very low-level of toxicity and presents a relatively low risk of dependency . For these reasons, it is typically considered a relatively safe drug . This is not to say that cannabis is harmless, only that its harms are relatively less serious than those associated with other drugs. Studies have associated long-term cannabis use with poor educational achievement and psychological health but it is difficult to determine whether cannabis is a cause or effect of this. The most prevalent negative effect of cannabis reported by users is apathy.

Part of the popularity of taking cannabis is because it is a social thing, shared between friends. It makes people feel giggly, makes the ordinary appear absurd, accentuates music, and also causes sleepiness and loss of concentration. It can lead to confusion, paranoia and anxiety. A high dose can lead to hallucinations. After a relatively short time users can judge the effects and how much is too much.
The active ingredient is THC (tetrahydrocannabinol). The average strength of standard cannabis ‘solid’ may be around 5% – skunk is more like 10% or more THC content.
The intoxicating effects are much greater when taken with alcohol. Taking cannabis after a lot of drinks should always be avoided – it will make most people quite ‘wasted’ and incapable of speaking or acting sensibly. Cannabis impairs driving skills differently to alcohol where a driver would be perhaps more cautious than aggressive. It is not safe to drive after taking cannabis and it is just as illegal as drink-driving.

There has always been a substantial risk of worsening existing mental health problems by taking drugs like cannabis or ecstasy or LSD. For cannabis, the risk is greater the younger the person is when they start, how regularly and how much they smoke, how early their first smoke is. However the link is described by Government experts as ‘weak’ and even medium to heavy use does not lead necessarily to mental health problems.

But it will affect you – there are other serious harms to this lifestyle which are likely such as loss of motivation and ambition to work or study, leading to the breakdown of relationships and loss of career opportunities”.

So there you have it. As I have stated elsewhere on this site ALL drug use has consequences, but the point is whether the consequences of alcohol use are far worse than those of cannabis use. You tell me.

By the way this is what the ISCD has to say about alcohol’s effects, amongst other things. I’ll leave you with these lines from the ISCD alcohol harm reduction page:

“People react differently to alcohol, some are largely unaffected emotionally, others become withdrawn, others aggressive. Some simply don’t like it and their choice should be respected“.

I agree, especially if that choice is a responsible one.

Everything you ever wanted to know about foraging is here! The book that you didn’t even realise needed to be written has been written. As I say in … END_OF_DOCUMENT_TOKEN_TO_BE_REPLACED

These words came from the mouth of none other than the President of the HEMP party, Michael Balderstone, in the main street of Nimbin in front of … END_OF_DOCUMENT_TOKEN_TO_BE_REPLACED

Allow me to reintroduce the Multi Criterion Decision Analysis (MCDA) tool championed by Professor David Nutt back in 2011. Before I do though, did you … END_OF_DOCUMENT_TOKEN_TO_BE_REPLACED