Lung Cancer, Psychosis and Depression: If so why would you do it? 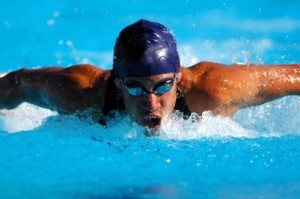 If I had a dollar for every time I have heard someone talking about the above negative effects of cannabis use I would be, well, not exactly rich, but I’d have that whole fat clinking pocket thing happening, nearly. This is largely due to the fact no one really wants to talk openly about them because why would you? The stuff is illegal so that’s that right? No use having a conversation about illicit substances because no one uses them…..

Well apparently that is not necessarily true.

According to the Statistics of Drug Use in Australia 2004 a lot of people use cannabis in Australia.

Apparently, 22.7% of the entire population of those aged 14yrs and older use it once a week or more.

Because like alcohol its effects may include a general alteration of consciousness and euphoria, feelings of well-being, relaxation or stress reduction, increased appreciation of humor, music or the arts, joviality along with metacognition, increased sensuality, increased awareness of sensation, increased libido, and creative, abstract or philosophical thinking. Cannabis also produces many subjective and highly tangible effects, such as greater enjoyment of food taste and aroma, an enhanced enjoyment of music and comedy, and marked distortions in the perception of time and space (where experiencing a “rush” of ideas from the bank of long-term memory can create the subjective impression of long elapsed time, while a clock reveals that only a short time has passed). At higher doses, effects can include altered body image, auditory and/or visual illusions, pseudo-hallucinatory or (rarely, at very high doses) fully hallucinatory experiences. (Responsible Choice gives an appreciative nod to Wikipedia, and a little bit of a smile, then a giggle, followed by hysterical laughter, then feelings of confusion as to what prompted the laughter. Responsible Choice then realises he is starving)

But, based on what I’ve heard that would mean that almost a quarter of our population is on the express train to mental illness, cancer and suicide. Right?

Apparently information such as I have received in the past, like stuff from our very own Federal Government National Drug Campaign, is inaccurate. Look a bit harder and other sources of information paint a very different picture.

Now before anyone runs screaming from their computer screen “THE GOVERNMENT HAS DECEIVED ME!!” let’s just take a moment to compose ourselves. That’s better. We can continue, albeit a little perturbed.

Recent research, of which there is a considerable amount, can pretty much refute or outright contradict what is contained in the linked fact sheet. I kid you not.

A study, whose results were released in 2006, revealed that out of over 2000 people involved there was no increased risk of developing lung cancer for cannabis smokers compared to non smokers.

So what about all the rest of the alleged major negative health effects by our expert and well informed governmental departments like anxiety and depression, learning difficulties and psychotic symptoms?

Exposing Marijuana Myths: A Review of the Scientific Evidence published by Lynn Zimmer (Associate Professor of Sociology, Queens College) and John P. Morgan (Professor of Pharmacology, City University of New York Medical School) in 1995 references a tonne of studies over the last 40 years that refute most of them.

What the hell is going on you ask? Well, that is the point. Upon looking into this matter I can safely say I could fill this article with reference after reference of studies. That would be unbelievably boring though, and hopefully if you’re reading this you’ve already watched ‘The Union’ or better yet read ‘Marijuana is Safer’, both of which are on our home page,  and have some sort of renewed perspective on this issue.

For more than 40 years there has been evidence to refute many of the most commonly used arguments and propaganda levelled against cannabis as a safer recreational option for Australians. As more time passes and the effects of cannabis on the human being are further researched and investigated the more it becomes apparent that it is not the ‘demon weed’ we have been led to believe it is. It is not helpful for the intention of this website to go to great lengths to establish positive effects of cannabis use. There are consequences for all drug use. But a little bit never hurt, hey Voltaire? So future posts will stick a pinky toe into that ocean of enlightenment. It’s quite warm actually.

However it is helpful for us to begin to view alcohol as a directly comparable psychoactive substance to cannabis, and as such examine the consequences of using both, and weigh up for ourselves which one is safer.

It is, then, very important to mention the following fact. Cannabis use alone has never caused a recorded overdose resulting in death. It does not contribute to 7 of the 10 most common causes of death in our country. Not even close to it.

When was the last time that anyone got into a spontaneous violent confrontation with an intoxicated cannabis user while out at the pub/club/restaurant? It probably involved access to food of some sort no doubt……and seriously, if the most successful Olympian of all time, Michael Phelps, can manage to maintain the level of discipline and commitment required to succeed at that level while punching a few cones in his spare time, Regular Joe should be able to plug away at his 9 to 5 with relative ease as well doing the same thing. He does, pretty much, while having LEGAL access to one of the most damaging drugs on earth.

Seriously though I could ask similar questions to those posed in my last post but what would be the point. Most people, I would wager, don’t need that sort of direct, one-to-one treatment of this information. It becomes clear upon reflection really.

That’s not to say many people out there don’t have stories to tell about how cannabis use has negatively impacted on their lives, health, and those of others they know and love. It IS to say that thousands, perhaps millions more will have even more to share about alcohol. We do not have control over what drugs our children will eventually have the opportunity to choose to engage with, and if they had the option of alcohol OR cannabis, which one would we prefer them to responsibly use?

Everything you ever wanted to know about foraging is here! The book that you didn’t even realise needed to be written has been written. As I say in … END_OF_DOCUMENT_TOKEN_TO_BE_REPLACED

These words came from the mouth of none other than the President of the HEMP party, Michael Balderstone, in the main street of Nimbin in front of … END_OF_DOCUMENT_TOKEN_TO_BE_REPLACED

Allow me to reintroduce the Multi Criterion Decision Analysis (MCDA) tool championed by Professor David Nutt back in 2011. Before I do though, did you … END_OF_DOCUMENT_TOKEN_TO_BE_REPLACED