I know, I know, it’s shocking. Perhaps you thought you, being an occasional cannabis user, or recreational even, didn’t need curing. 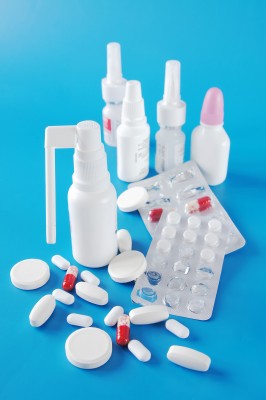 Luckily, Jan Copeland from the notorious NCPIC (National Cannabis Prevention and Information Centre) has the cure for your cannabis dependence. But how to know if you’re dependent? Well, Jan has some interesting thoughts on that in a recent interview:

JAN COPELAND: There is about 200,000 Australians who use cannabis daily, about 1 per cent of the population who currently meet criteria for cannabis dependence.

Wow. Just wow. I cannot express how stunned by that comment I am. Nevertheless, the interview goes on to describe Sativex, a “safe” cannabis, as a potential treatment. Why safe? Well it’s made by a pharmaceutical company, part owned by Bayer, and is manufactured under strict laboratory conditions, hence it is safe. Just like Xanex, Oxcontin and Zoloft right?

Is it just me, or can anyone else see the contradiction and hypocrisy in this whole situation? Don’t get me wrong, I am absolutely for the application of cannabis in any and all medical capacities possible; however cannabis grows in the earth, almost anywhere, and is illegal. So, according to the statement above, cannabis is only illegal if you are average Joe growing it in his backyard or hydroponically in his wardrobe.

If you are lucky enough to be a multi-million dollar pharmaceutical company then you can actually grow it, mass produce it, market it and then give it to cannabis users as a cure.

But I digress, let’s ignore the obvious lack of intellectual acumen obstructing my understanding of this highly complex scenario and look at what else our old mate Jan has to say.

TIMOTHY MCDONALD: Just in terms of people who actually try to stop smoking cannabis, are the withdrawal systems something that often stop them from doing so?

JAN COPELAND: Yes, in fact it is one of the main reasons that people have problems stopping. It is like tobacco withdrawal but different and of course we all know people that say it is easy to give up tobacco, I’ve done it a thousand times. It is a similar kind of situation here. It is not a life threatening withdrawal such as alcohol but some people have extreme problems with their sleep, they have problems with feeling really irritable and in fact outbursts of anger. Their appetites are disturbed and things like that and it really is enough over a few days to you know, drive them back to using again. Helping people manage withdrawal is really going to set them on the pathway to long-term abstinence.

There you have it. Now you know why you need a cure, you poor cannabis-addicted people.

Withdrawals. Nasty stuff those. I mean who can withstand potential sleep loss, irritability, ‘disturbances’ in appetite and, wait for it, irritability? You? Jan obviously doesn’t have much faith in your poor addicted soul.

“It has low dose THC because we don’t want people to get stoned, we just want to help them settle down with their levels of cannabis use, and relatively high doses of CBD, which is the good cannabis which reduces anxiety and has an anti-psychotic effect,”

Now in all seriousness let me break this shit down. What is being proposed, as I understand it, is this. In Jan’s words Sativex is essentially like a nicotine patch, so she equates cannabis users with nicotine addicts, despite the fact that nicotine is considered to be one of the most addictive drugs on earth, whilst cannabis is quite the opposite. How she got to that assumption is irrelevant to me, what is relevant is that she is actually promoting a “natural whole plant organically grown product” that her whole ‘centre’, the NCPIC, is actually designed to prevent.

What is wrong with that? Anyone? I understand the need for nicotine patches to eliminate the carcinogenic smoke from radioactive-pesticide sprayed tobacco, but cannabis can be used in a variety of ways (ingested, vaporised, as well as smoked), so why would I want Sativex for? To prevent the carcinogenic chocolate brownie crumbs? Not to mention the negative health effects of cannabis use, which are what again? Oh yeah, nothing like tobacco use. Not to mention that cannabis smoke does not cause lung damage. Let’s have a listen:

This whole scenario reeks of hypocrisy. As Director of the NCPIC Jan would ostensibly be opposed to any use of cannabis. Instead she is pro-medical cannabis, specifically for using it to treat cannabis users/addicts… by giving them cannabis made by big pharma. Pharmaceutical companies are not renowned for their harmless products and the whole notion of treating a supposed cannabis addiction by giving the SAME drug in a different form is ludicrous. Some might want to throw in a methadone argument here, but cannabis is not heroin, so the point is essentially moot. Just the fact that Jan expresses abstinence as a goal of Sativex use is absurd, as most recreational users of drugs don’t want to abstain as their use is infrequent. Abstinence is the goal, as cannabis is obviously the MAJOR health risk facing recreational drug users today, and giving big pharma a leg up into the cannabis market is the way to get you ‘drug free’, as long as the drugs you use are legal, as they don’t count. Giving Sativex to recreational users just gives them another medium to add to those mentioned above; to suggest they need to be cured, and that Sativex will do it, is insane.

Or am I wrong? Perhaps there is nothing more at work than some breakthrough drug therapy here.

What do you think?

Everything you ever wanted to know about foraging is here! The book that you didn’t even realise needed to be written has been written. As I say in … END_OF_DOCUMENT_TOKEN_TO_BE_REPLACED

These words came from the mouth of none other than the President of the HEMP party, Michael Balderstone, in the main street of Nimbin in front of … END_OF_DOCUMENT_TOKEN_TO_BE_REPLACED

Allow me to reintroduce the Multi Criterion Decision Analysis (MCDA) tool championed by Professor David Nutt back in 2011. Before I do though, did you … END_OF_DOCUMENT_TOKEN_TO_BE_REPLACED