It may not be the opposite of morbid but the comparison I have here of cannabis vs. alcohol in the media could be described as outrageous. 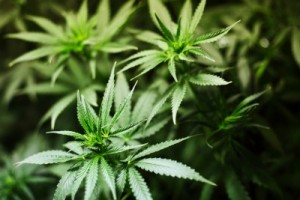 By outrageous I am referring to the absolute absence of any serious consequences for users or those around them in the media.

This post was my attempt to provide a balance to the previous one which was essentially a survey of the last 3 months in the media as far as articles related to the negative effects of alcohol go. And what a tale of woe it was.

So the same criteria applied, and I went about this investigation in the same way. With markedly different results.

That’s not to say there wasn’t anything to raise an eyebrow at though. The results of the search on ABC News Online for cannabis over the last three months went as follows, chronologically from April 3rd 2011.

Doctor links bong use to tuberculosis – April 3rd I will save a comment on this one until after the list. This is interesting.

Kronic ban risks black market boom – June 23rd Australian Drug Law Reform Foundation president Alex Wodak says more evidence is needed to prove drugs like Kronic are harmful. “What will happen is that people who don’t care how old people are when they buy it will sell it” says Robbie Swan from the National Adult Retail and Entertainment Association.

SO….there is a comparison to be made between the two drugs, alcohol and cannabis, right there. Go to the previous post if you haven’t read it and compare for yourself.

But we are left with a few loose ends here. I’ll start with the tuberculosis article.

Here is a link to the ‘supposed link paper’. Firstly let me ask a few questions, namely;

– Do 3 cases of an airborne infection equate to evidence of a causal link between an activity and a disease?

– If a doctor were to put forward 3 cases of improved patient health after using medical cannabis as evidence of a link between cannabis use and medicinal benefit would it be newsworthy, or even acknowledged?

– Since when is a record of an isolated occurrence of an infection classed as research capable of establishing a clear link to anything?

I will provide a link of my own regarding causes of TB, and let you see anything in there of interest, particularly in relation to alcohol. I’ll leave that one alone now.

Next is the Kronic issue. Now this link can give you an idea of what Kronic is, I just want to point out what it is not.

IT IS NOT CANNABIS, IT IS NOT NATURALLY OCCURING. It is essentially a synthetic designer drug that is an attempt to artificially mimic cannabis-like effects on the body.

So take out the TB ‘link’ story, along with the designer drug stories and what are we left with?

2 SEIZURES OF DRUGS. That’s it.

No violence, death or negative impacts on social, mental and physical health, unless you count 3 cases of TB that just happened to occur in regular cannabis smokers who were probably sharing a bong together on numerous occasions. A tenuous link in my opinion.

Or maybe there are but they aren’t being reported? I DOUBT IT.

So then which one is safer readers, according to our media? Alcohol or cannabis?

Everything you ever wanted to know about foraging is here! The book that you didn’t even realise needed to be written has been written. As I say in … END_OF_DOCUMENT_TOKEN_TO_BE_REPLACED

These words came from the mouth of none other than the President of the HEMP party, Michael Balderstone, in the main street of Nimbin in front of … END_OF_DOCUMENT_TOKEN_TO_BE_REPLACED

Allow me to reintroduce the Multi Criterion Decision Analysis (MCDA) tool championed by Professor David Nutt back in 2011. Before I do though, did you … END_OF_DOCUMENT_TOKEN_TO_BE_REPLACED