Whenever you want to create an illusion you need a distraction, otherwise your sleight of hand is way too obvious and the prestige of the illusion is lost.

But what illusion I hear you ask.

In this instance the illusion is a common one, however the motivation behind this article (namely anger and frustration) has been further augmented by the target demographic for said illusion. 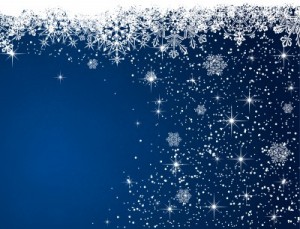 In English? The NCPIC is at it again with their bullshit, self-justifying propaganda, aimed squarely at positing cannabis as a dangerous drug, but this time it is aimed squarely at some of the most vulnerable groups in our community.

As if the Australian government and its related agencies hadn’t done enough to ‘help’ our Indigenous brethren, they are now piloting, via the NCPIC (National Cannabis Prevention and Information Centre), an ‘education’ program aimed at addressing the problem of cannabis use in Indigenous communities.

Now you must look closely and be careful to not take your eyes of the issue that is being deftly pushed into the background. Namely alcohol use and abuse in Indigenous communities.

Now I want to get this straight from the get go. This is not about stereotypes, nor is it about racism on my behalf. In my humble opinion alcohol is an issue for EVERYONE in Australia, however there are a few facts that we need to bear in mind if we are to penetrate this dodgy magic trick.

A good place to start is the Creative Spirits website. It does a great job of pointing out many fallacies surrounding Indigenous Australians and alcohol; however it doesn’t skirt around the truth, namely that when Indigenous people drink, they drink more, on average, than non-Indigenous Australians. In short when those Indigenous drinkers do drink, they generally get wasted. Not unlike their white brothers though really as far as I can see, but the major difference being that Aboriginal people in Australia have been, and continue to be, so far behind the eight ball as far as general health goes that the effect of such consumption on individuals, families and communities is staggering. Probably most significant for me is this quote from Alastair Hope, Western Australia coroner:

You know how you destroy a culture? …You make sure that kids are born with alcohol foetal syndrome, they won’t be able to pass on the dreamtime and the culture.

Further to that Lorian G Hayes’ article Aboriginal women, alcohol and the road to fetal alcohol spectrum disorder in the Medical Journal of Australia paints an incredibly sad picture of the social circumstances that our Indigenous people endure with regards to alcohol use in their communities.

But we’re not done.

Australian Indigenous HealthInfoNet has an excellent academic work titled Review of the harmful use of alcohol amongst Indigenous Australians. This snippet from the paper jumped out at me:

Ironically the NCPIC’s ‘educational’ initiative, Young Men and Yarndi: a pilot to diffuse information on cannabis, its use and potential risks among young Aboriginal and Torres Strait Islander Australians  professes to provide education

“about cannabis-related issues… based around five key themes; frequency of cannabis use by young people; changes in potency; cannabis and the foetus; cannabis in urine; and cannabis and mental health”

Anyone of the more diligent cannabis investigators out there  will no doubt notice a few red flags in that sentence alone, a few of which I have addressed in previous articles. Whilst there is some interesting faux research references contained in the document, and a lovely diagram of the IMB model, the rationale behind such a program must be questioned. Surely alcohol must remain a social health priority amongst Indigenous communities, and I would even go so far as to say to the exclusion of all other drugs, perhaps save tobacco.

I am not saying for a second that cannabis should be used by Indigenous youth, particularly those of school age and under. However I am asking what would we prefer them to be using, alcohol or cannabis, because given the Indigenous experience in Australian, both historically and currently, drug use is a fact of life, just as it is in non-Indigenous communities. It is not a sign of moral corruption or a lack of fortitude as our puritanical and archaic laws might suggest, but rather the way we all interact with our environment in a way to relieve our stress. Drugs are here to stay, and for those who find that statement defeatist I would suggest a look at history might be in order. What we should be doing as a society is identifying harms and aiming to reduce them, not flogging the same old ‘drugs are bad’ shit as if some misguided individuals and governments are not engaged in a war they can’t win;  one that shouldn’t have been waged against society in the first place.

Our focus needs to be identifying the greatest harms and minimising them. Stoned Indigenous kids are not the goal, but healthy happy and vibrant kids and communities are. What we have here, courtesy of the NCPIC, is an effort to essentially direct youth away from cannabis (nothing wrong with that) but unfortunately through the use of disinformation, propaganda and hearsay.

And if you can’t use something that will relax you without risk of death and chronic illness, what are you going to do?

NCPIC, you are not helping the problem, you are the problem. Grog kills, cannabis doesn’t.

At the end of the day it is as simple as that, but as long as programs like this are allowed to be pushed on to our youth, misconception, poor health and tragedy will continue to be the lot of all Australians negatively affected by alcohol.

What do you think?

Everything you ever wanted to know about foraging is here! The book that you didn’t even realise needed to be written has been written. As I say in … END_OF_DOCUMENT_TOKEN_TO_BE_REPLACED

These words came from the mouth of none other than the President of the HEMP party, Michael Balderstone, in the main street of Nimbin in front of … END_OF_DOCUMENT_TOKEN_TO_BE_REPLACED

Allow me to reintroduce the Multi Criterion Decision Analysis (MCDA) tool championed by Professor David Nutt back in 2011. Before I do though, did you … END_OF_DOCUMENT_TOKEN_TO_BE_REPLACED