*NOTE: This post has been edited due to its author having written it after midnight. It was chock full of random stuff, and at least one reference to evidence supporting “beddie-byes”. Not a good idea. My apologies.

Well I have to disagree with that. Now don’t get me wrong, it’s not because I necessarily WANT to. It is just that, well, it’s not the way it is. 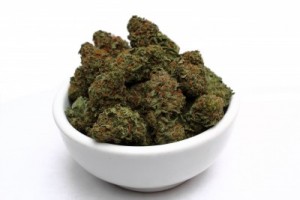 You see, we as a society tend to largely look to our institutions like the government, and experts like health providers, as protectors and informers, giving us the truth, and nothing but the truth so help them god…  perhaps. Now let me outline why I believe something has been lost in translation here, at least in terms of the difference between what people would say that they want the government and health providers to give them, this being proven facts, indications based on best practice and the idea of minimising any harm they may encounter, and what is actually given. This is what a protector should do, right?

I thought before we start I should just pop in the total cost cannabis has on our society, in terms of dollars, which is what I did with alcohol in a previous post. Cannabis law enforcement costs us $300 million a year according to a 1995 study by the Australian Institute of Criminology. According to the report The costs of tobacco, alcohol and illicit drug abuse on Australian society 04/05 cannabis was responsible for around $1.35 billion (a figure I actually had to work out myself factoring cannabis as contributing to 16.4% of the total illicit drug cost of $8.2 billion). This again is in stark comparison to alcohol’s $15 billion.

Now let’s have a look at what our government has to say, particularly in terms of the effects of cannabis use. One would think that this may give us an insight into why cannabis is illegal still after around 50 years of prohibition and also into why and how it is harmful to people. Also let’s assume, for the sake of this post, that what we are examining will be viewed by most as ‘fact’.

The Australian Federal Government’s National Drugs Campaign’s specific professed aims are “to reduce young Australians’ motivation to use illicit drugs by increasing their knowledge about the potential negative consequences of drug use”. I want to make it very clear that I think this is a fantastic and worthy cause, and one that is essential in ensuring our youth can make responsible choices as far as their recreational drug use is concerned. Here we find marijuana prominently listed secondly under ecstasy and above heroin, ice, speed and cocaine, with the intention to reinforce the dangers its use poses to young users over these other drugs apparently.

HOWEVER, ALCOHOL IS NOT MENTIONED ON THIS SITE.

IT’S NOT AN ILLICIT DRUG BUT C’MON, IT’S STILL A DRUG! In fact some in the know claim that based on the harm it does, alcohol is the most dangerous drug.


Well, um, let’s overlook that MASSIVE omission and delve into the cannabis ‘factsheet’ available on the website shall we?

Now firstly some of the listed ‘facts’ in terms of signs, symptoms and consequences of cannabis use are quite serious, including psychosis, dependence, depression, memory problems, increased risk of cancer and increased risk of developing psychosis, with schizophrenia being specifically mentioned. Problems listed as being associated with long term use include the above with more serious outcomes including suicidal thoughts, memory loss and lower educational attainment.  Serious stuff that most people would consider to be extremely negative consequences for using any drug.

We should all now find ourselves at a crossroads here. If we are young users of cannabis the above-mentioned consequences scare the crap out of us and we vow never to use it again as the net gain is not worth the negative health effects, choosing instead to stick to the safer(?) and legal drugs, like tobacco and alcohol, which of course combined probably cause close to 10% of the WORLD’s total deaths,

We ask another question as adults looking for information to give to our naive, vulnerable and inexperienced children would, namely;

“Where does the government get its information? There are NO references to any research at all on the site!”

Well look harder Responsible Choice! It’s linked to the NCPIC – National Cannabis Prevention and Information Centre. Cop that. Thought you had an argument there for a sec didn’t ya? Huh? Knocked your soapbox right out from under you!

Hmmm. So. This is big. An INFORMATION CENTRE. Well, another crossroads I guess. Lots of stuff on this site, looks pretty legit. And it’s RESEARCH mate. Not just the government now. Guess I was wrong.

BUT, maybe I’m still curious. Sure it’s an information centre set up specifically for cannabis. Haven’t even seen, or looked to be fair, for an alcohol one, so it’s gotta be some nasty stuff that cannabis. NASTY! And they get their research from an institute, the National Drug Research Institute to be exact. And look the website is consortium partners with the Australian Institute of Criminology. Well that’s it then, they’re legit.

Hmmm, well I can’t help myself. I’m going to have a little peek and see what they’re about, because if they are making a difference in the reduction of negative consequences of drug use they’re alright with me.

HERE’S WHERE IT GETS…WELL A BIT WORRYING TO BE HONEST.

In a study titled  Cannabis, the Law and Social Impacts in Australia published in 1995, for the federal government, by the Australian Institute of Criminology, we have the following quote:

In terms of the possible impact on public health, the fact that most cannabis users consume the drug only occasionally means that most of the adverse health consequences are related to being intoxicated by the drug, rather than to chronic use. Nevertheless, long-term, heavy use elevates the risk of health problems developing. The health impacts are not so serious as to justify (on their own) the total prohibition of the drug.

Let’s try the NDRI then. There you can find all sorts of academic research which, well, ACTUALLY CONTRADICTS A HEAP OF THE DANGERS LISTED IN THE FACTSHEET. For instance in the paper Cannabis and Harm Reduction 2000 we are informed that “Acute administration of cannabis has effects on a variety of bodily systems, although these do not necessarily disrupt functioning or predict the long term effects of cannabis use”. So dependence is only a consequence of chronic, not casual use then? Further “The risk of experiencing severe toxic effects is limited by the aversive psychotropic effects produced by the high doses required. This typically leads to the cessation of use before the onset of dangerous symptoms” AND “most cannabis use is experimental and intermittent, and the patterns of use producing long-term outcomes relatively rare”.

Not to mention the allusion in the factsheet to increased lung-cancer risk, which as Dr Donald Tashkin’s study showed, has no basis.

This is accompanied by lots of references to health risks of chronic use and probable occurrence of negative effects in chronic users. THERE ARE RISKS THERE, PARTICULARLY FOR THOSE WITH A HISTORY OF MENTAL ILLNESS AND/OR DRUG ABUSE, but in the light of this information can you see what I’m getting at? One could, and should, argue that ALL drugs have implications for those with mental health and substance abuse issues.

For me the most damning statement in all of this research supposedly supporting the factsheet’s claims was this. “A range of harms stem from the legislative and criminal justice systems which aim to prohibit the use of cannabis. These harms may be experienced by cannabis-using individuals, their families and friends and the general community. The public health consequences of the application of the criminal law against cannabis users may be at least as significant as those that flow directly from cannabis use itself”.

You read that right.

I could go on but it gets a bit ridiculous really. To actually get access to what is REALLY being discovered by researching bodies and institutions requires a substantial amount of digging. How is this helpful for our youth? How is it helpful to give them information in the form of ‘facts’ that are actually not supported by research, or are directly contradicted by it? The result is that no one knows exactly what is going on regarding cannabis. You get either the

“Ahhh, the government is full of shit mate!”  line,

OR the “Well that cannabis makes you go crazy so stay on the tried and true path of alcohol” one. Neither is wholly accurate or helpful.

Is this what years of research, advisory bodies and expert opinion, not to mention millions of dollars in taxpayer funded initiatives and campaigns, has to show for itself?

It makes me sad. Then annoyed. Then a bit pissed to be honest, honesty being the major issue here really.

So, given that it is fairly clear that cannabis costs society 14-15 times less than alcohol does, and given that the effects of cannabis use are far less dangerous than alcohol as well, why is it still illegal, and more importantly why would the government fund campaigns that essentially mislead the public as far as these facts are concerned? It will only lead to an increase in the consumption of alcohol and all of the MASSIVE costs that surround it.  Well, that question is for another post.

Nevertheless, our society, our families and friends, and more importantly our children deserve MUCH better. How much longer will it take before we get the chance, as responsible adults, to make a responsible choice for our own and our children’s future?

I’m not willing to wait much longer for their sake. Are you?

Everything you ever wanted to know about foraging is here! The book that you didn’t even realise needed to be written has been written. As I say in … END_OF_DOCUMENT_TOKEN_TO_BE_REPLACED

These words came from the mouth of none other than the President of the HEMP party, Michael Balderstone, in the main street of Nimbin in front of … END_OF_DOCUMENT_TOKEN_TO_BE_REPLACED

Allow me to reintroduce the Multi Criterion Decision Analysis (MCDA) tool championed by Professor David Nutt back in 2011. Before I do though, did you … END_OF_DOCUMENT_TOKEN_TO_BE_REPLACED