The recent political response to the Australia21 report on illicit drug policy in Australia may have seemed positive, but in many ways the report’s release amounts to pretty much what we have seen in this country for the last 50 years or so.

An opportunity for tough talk on drugs. 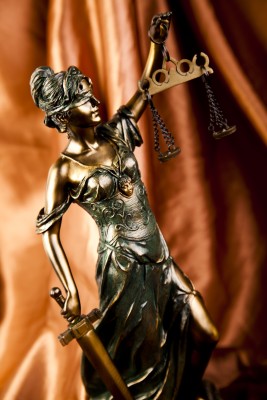 This may seem surprising given that the report, titled ‘The Prohibition of Illicit Drugs is Killing and Criminalising Our Children, and we are letting it happen‘,  takes a lot of its inspiration from the Global Commission on Drug Policy‘s submission to the global political community outlining the failure of prohibition and the war on drugs, and the necessity for new approaches to drug policy. It is worth noting that the following is an excerpt of key principles and recommendations that came out of the Commission’s work, published in a June report last year:

End the criminalization, marginalization and stigmatization of people who use drugs but who do no harm to others. Challenge rather than reinforce common misconceptions about drug markets, drug use and drug dependence.
Encourage experimentation by governments with models of legal regulation of drugs to undermine the power of organized crime and safeguard the health and security of their citizens. This recommendation applies especially to cannabis, but we also encourage other experiments in decriminalization and legal regulation that can accomplish these objectives and provide models for others.

Whilst the calibre of the individuals associated with the Commission has been somewhat publicised, the distinct lack of an adoption of any of their recommendations has not. Only South America it seems is willing to take up the challenge of reassessing their drug policy, in no small part due to the massive violence and corruption the War on Drugs has generated in Latin America.

And so we now have an Australia-specific report, focusing on issues pertinent to our illicit drug policy historically, and how it has fared over the past decades. The report was based on a high level round table held at the University of Sydney on Tuesday 31st January 2012 on the topic “What are the likely costs and benefits of a change in Australia’s current policy on illicit drugs?”, and contributed to by former state premiers, a current foreign minister and health professionals like Alex Wodak , amongst others.

So how do we stack up under scrutiny? To quote the Australia21 report;

The key challenges facing Australia in this area at the present are as follows:

• Law enforcement agencies have had little or no success in reducing the availability of illicit drugs.

• Large numbers of Australians—many of them young people— are receiving criminal convictions for minor drug offences, behaviour such as occasionally smoking cannabis that creates very little harm to themselves or to other people.

• Drug education interventions in schools and the community at large have had little measurable impact on the demand for drugs.

• In many parts of the nation there are serious shortages of treatment places available and long waiting lists for treatment.

• The misallocation of resources between illicit drugs, alcohol and tobacco and between prevention, treatment and law enforcement is seen as a problem, with the bulk of funding going to law enforcement and punishment (for which there is little or no evidence of cost-effectiveness) rather than to the areas that have been shown to be most cost-effective, especially treatment and harm reduction.

A brief peruse of these types of anti-drug, ‘tough-talk’ comments from the Victorian and Northern Territory Governments, and you quickly realise that in Australian politics many politicians consider themselves to be the ones who make the laws, and change them, when and if they see fit. To quote the above linked article

“Nationals leader and Deputy Premier Peter Ryan has told Fairfax Radio that he will never agree to decriminalisation.”I mean hell will freeze over before I agree to do this,” he said.”

Good job mate. Way to listen to logic, reason and calls for reform from some of the most eligible and knowledgeable commentators in the country.

And on it goes… What do you think it would take for our politicians to see current drug policy for what it is (an abject failure) and for them to want to make a transition to a more efficient and appropriate model? At the moment anything different would be better, except the changes that experts in the field of drug policy in Australia have just suggested, apparently.

Everything you ever wanted to know about foraging is here! The book that you didn’t even realise needed to be written has been written. As I say in … END_OF_DOCUMENT_TOKEN_TO_BE_REPLACED

These words came from the mouth of none other than the President of the HEMP party, Michael Balderstone, in the main street of Nimbin in front of … END_OF_DOCUMENT_TOKEN_TO_BE_REPLACED

Allow me to reintroduce the Multi Criterion Decision Analysis (MCDA) tool championed by Professor David Nutt back in 2011. Before I do though, did you … END_OF_DOCUMENT_TOKEN_TO_BE_REPLACED