Dr. Alex Wodak, a rare man in Australia these days.

For those of you who haven’t heard of him listen closely, and for those who have he probably needs no introduction. According to the St. Vincent’s Hospital website Dr. Wodak is a physician and has been Director of the Alcohol and Drug Service, St Vincent’s Hospital since 1982. Major interests include: 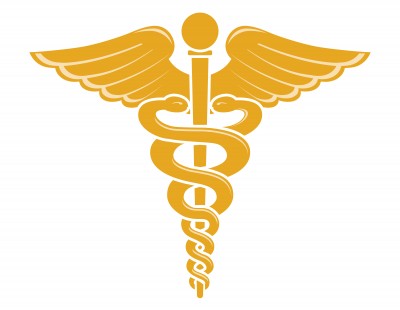 He is President of the Australian Drug Law Reform Foundation and was President of the International Harm Reduction Association (1996-2004). He helped establish the first needle syringe programme (1986) and the first medically supervised injecting centre (1999) in Australia when both were pre-legal.

(Responsible Choice sits in silent awe and wonders to himself “Do doctors actually exist who are actually this active, devoted, passionate and logical?”)

The answer is yes.

Now why would I want to draw attention to this man, apart from the fact that he has done, and is still doing, essential work in terms of harm reduction initiatives in Australia and around the world. The reason is that this man is at the top of his professional game, an expert in his field, and a pioneer for drug law reform both in Australia and globally, yet his recommendations are continuously ignored and his expertise taken for granted. His situation in Australia is perhaps mirrored in some ways by UK Professor David Nutt, who I have much respect for and have mentioned many times in previous posts, in that his science and evidence based expert opinion on what would constitute sensible drug policy is disregarded by people who have absolutely no idea what they are talking about. The people I am referring to here are politicians of course.

Now don’t get me wrong, some politicians have had some experience in certain areas of the professional world, I’m thinking of former union leaders and the like, but I am often dumbfounded when I consider the seemingly arbitrary assignment of portfolios within the various levels of government in Australia. Here is why:

In my obviously perverted and somewhat distorted sense of what constitutes logic, common sense and best practice, a MP would only be assigned to a certain area of government, say health or education, if they had relevant and specific experience and qualification in that area. This would see doctors, nurses and health professionals overseeing health on a governmental level, right? This of course would extend to policy formulation and implementation. Still with me? Now I say my sense of these things must be distorted in some way because this is not what happens. In NSW alone we have a former pop singer and environmental activist overseeing education. ..

Um, come again? How does that make any sense? Surely he would be the environment minister, or better yet the popular culture and performing arts minister. But no. After a reshuffling of the deck education was the card he was dealt.

Now for mind someone who has researched and worked in an area for around 30 YEARS would be the person our government would be looking to when considering any kind of relative policy in that area, and in my mind such a person would be the PRIME CONSULTANT on any respective policy development. Alex Wodak is such a person.

In July this year Monash University’s Castan Centre for Human Rights Law Annual Conference was held in Melbourne. Dr Wodak addressed the topic “A Human Rights Approach to Drugs“ giving a perfect example of the type of harm reductionist perspective our governmental ‘elect’ should be considering when reviewing and formulating drug policy.

So far it hasn’t been the case, and Western Australia’s new disgraceful and backward changes to cannabis law are a perfect example of how people who have no expertise backed by research and professional work, who therefore in my opinion should not have a particularly large say in the matter, are somehow making decisions about what is best for us, and even more concerning, how the law will deal with us should we disregard their omnipotence.

Alex Wodak does not fall into the above category of what I can only fathom to be politically motivated scaremongers. Rather he has been endorsing drug policy reform for some time now, and examples include making the proposal for taxed and legalised cannabis at the Mardi Grass festival in Nimbin in 2008 , as well as his involvement as President of the Australian Drug Law Reform Foundation in the release of the paper The three billion dollar question for Australian businesses – this is the cost each year to Australian businesses from illicit drug use, 2007.

Listen to the man! Just listen.

That sounds like common sense to me, why doesn’t the Australian government hear what I hear?

Everything you ever wanted to know about foraging is here! The book that you didn’t even realise needed to be written has been written. As I say in … END_OF_DOCUMENT_TOKEN_TO_BE_REPLACED

These words came from the mouth of none other than the President of the HEMP party, Michael Balderstone, in the main street of Nimbin in front of … END_OF_DOCUMENT_TOKEN_TO_BE_REPLACED

Allow me to reintroduce the Multi Criterion Decision Analysis (MCDA) tool championed by Professor David Nutt back in 2011. Before I do though, did you … END_OF_DOCUMENT_TOKEN_TO_BE_REPLACED